It’s not the first time I’ve heard of it, but the comments on the video, along with comments I have seen elsewhere got me thinking.  Do authors (or any other creator) actually ‘owe’ their fans anything?

I will admit that I’ve not read all A Song of Ice and Fire books.  I like them, but they can be heavy going and with my concentration affected by my Fibro, it’s pretty slow going at times.  But my husband loves them.  It’s the only fantasy series of books I’ve ever known him enjoy (he’s a military history type of guy).  We both love the TV show, which as most people know, has now jumped ahead of George R.R. Martins books.  I remember the night when, after being at work until nearly midnight, I came back and sat down to watch the season 6 finale so I didn’t get it spoiled for me on Facebook, and when I found out about Jon Snows parentage, I immediatly woke G up and shouted “I bloody told you” as we had had ‘debates’ about it (I always thought Jon was Lyanna and Rhaegars legitimate son, G didn’t).  He was not amused.

It’s 7 years or there about since the last book, A Dance With Dragons came out.  Whilst Martin has never been the fastest of writers, this has been the longest gap between books.  In the meantime, he has worked on other projects, and now he’s dropped another ASOIAF book that isn’t the long awaited The Winds of Winter.  You can see some of the reactions in that picture.

I can understand people being disapointed.  The both the show and the books have huge followings, and it’s beena long time since the last book.  The show and the books aren’t identicle, so there are storylines that haven’t been resolved by the show.    But does George R.R. Martin owe his fans the next book?

Sure, the fans have followed him loyally, some since the begining, some brought in by the tv show.  Finacially, the will have made Martin a rich man.  There are fans literally DEMANDING him to finish TWOW and feel that he should be ignoring other projects and putting all his time and energy into the novel.  They want him to set a deadline and stick to it.  But at the end of the day, Martin is in no way obligied to finish anything. Ok, he may be contractually bound to Harper Collins to write the next book, but that’s all.    If he’s lost interest in his series, well, that sucks, but it happens.  Imagine the pressure he must be under to produce this book.  As some on who doesn’t handle pressure well I can totally understand if that’s the case.

And lets not forget, at 69 he’s not a young man, which can cause a whole load of other reasons he may not be working on TWOW.  It could well be that he never finishes the series.  Who can forget about Robert Jordan dying before finishing his Wheel of Time series.  In Jordans case, Brandon Sanderson finished off the series using Jordans notes, but that doesn’t mean that will happen if Martin passes away before the series is finished.  After all, Sir Terry Pratchett requested his unfinished works were to be destroyed after his death, which was done by crushing his harddrive with a steamroller.  There will be no more Discworld novels, no unfinished tales like JRR Tolkiens works published after his death.

I have seen people say that if they had known the ASOIAF series may never be finished then they would never have started the series in the first place.  Again, I can sort of understand that, but surely these people have enjoyed the books anyway.   I’d rather read a series I enjoy and not have it finish than for me to have never read it at all.

George R.R. Martin is by no means the only author keeping people waiting for the next book of a series.  I’m a huge fan of Patrick Rothfuss’s The Kingkiller Chronicles.  The Name of the Wind was published in 2008, and The Wise Mans Fear in 2012,  but so far there is no release date for book 3, The Doors of Stone.  Rothfuss syas he keeps reworking in, getting it perfect before he publishes it.  In the mean time, we have had a Novella, The Slow Regard of Silent Things, that tells a sroty about Auri, one of the character in the main series, to tide us over.  Rothfuss has even said The Kingkiller Chronicles are a prologue to an even bigger series.  Don’t get me wrong, I’m eagerly waiting for the next book in the series, but if it doesn’t happen, I’m greatful for the books that I did read and enjoy. So if Martin is wanting to make sure The Winds of Winter is the best it can be, I can get behind that too.

At the end of the day, in my opinion, as much as people want to know how ASOIAF finishes, George R.R. Martin is under no obligation whatsoever to give you that end.

3 thoughts on “Do Authors ‘Owe’ You Anything?” 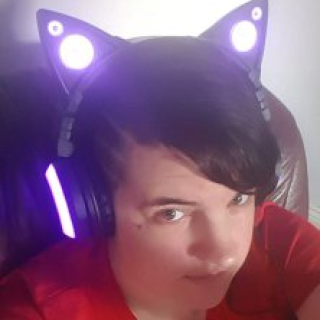